Little man 0.22 is out for everyone. Changelog included on the post! 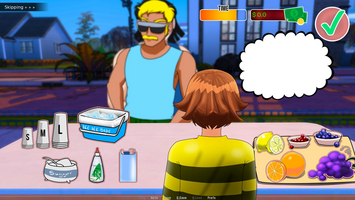 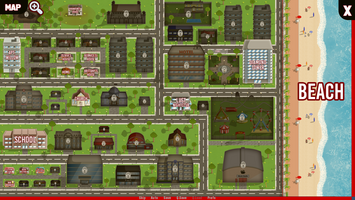 Hello everyone, it took even less time than the previous build, we are improving in that aspect... Well, this build is very special, we are introducing two new characters that will help to expand even more the LittleMan world, we will make the city more alive and with more characters, I hope you like them. Another aspect we have been working on in this build is to insert more minigames, specifically in this build we inserted a minigame to earn money, instead of doing an action in a repetitive way (for those who play the normal version), now you can play a minigame that will give you more money in one time and in a less repetitive way, our goal is to bring even more minigames in the future, not only that, another new feature is a new map. ... I know we already changed the map twice before... but this is the last time I swear, the reason for the change is a long story, the fact is that this new map has all the places we need to expand the city in the future, many places even, opening a universe of possibilities... I will leave some pictures below for you to check... Without further ado, here is the build. #Cheers

►Clothe store and Bookstore are now separated on the map;

► New scene with another new character;

Is there even a single change from the last update? Can't find a single thing and the phones quest page doesn't have anything new. I've even gone to each and every individual location with nothing to find

if there is 2 new characters , where are they ? pls respond

Where in the heck is Gypsy

Question. Will you ever add a femboy to this game?

No, maybe in the future, we never know...